What people get wrong about community colleges 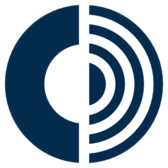 This newsletter is about the role of higher ed in society. Each week, we highlight how college is (or